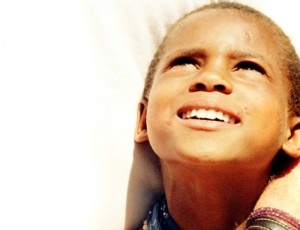 Every year and in every job I have ever had in the Diversity arena I have to deal with this question. For some the question is easy, “I am Black, I identify as Black “etc… For others the question is much more nuanced. For one reason or another, personal experiences, upbringing, negative associations with their racial or ethnic group, other people of color may chose not to identify or associate with any Diversity initiatives, inclusion efforts or “special programming” that sets them apart from the majority. Hence, to be or not be identified as a “minority” has been around forever!

Since my time as one of the first Associate Deans for Multicultural Affairs at a law school (now over 10 years ago) I have dealt with the issues of identity. And allowing someone to pick their associations is not something new, for example, my kids are bi-racial. But they identify most with Black culture, even though they look like many different races and ethnicities they still see themselves as Black, no matter what everyone else thinks. So, how does this play out in the workplace? That is where the rubber hits the road for many. Why?
Most know that race is a social construct; however, as we can see now, more than ever, those constructs or categories can impact many things in the workplace. While the conversation is creeping into the workplace more and more it does not mean that everyone welcomes it! Not everyone, including people of color are comfortable with that conversation and having to self-identify. I have heard more than once, “I want to be seen as a good lawyer,” not a good Asian lawyer or a good Latino/a lawyer. “Why can’t I just be seen as good colleague?” Well, for some people, in an ideal world we would not see color or differences, but in the real world, based on scientific research by people at the best schools in the country…we are first human, and as human beings we see differences and we react to those differences based on what we bring to that one interaction. As Professor Jerry Kang from UCLA presented to us a few months ago (check out his outstanding resources online – click here) we cannot help but notice differences, it is how we deal with those differences that makes all the difference!

SO, where does that leave us? We all have the option technically to opt out. To not deal with those who don’t look like us, or don’t have our shared experiences but that does not make those differences go away. And it should make us check our own biases and beliefs about why it matters so much to us. Because as I learned early on, it all depends on from where you stand! In New York, I am Puerto Rican, in Belgium I am Moroccan, in Togo West Africa — I am White. However, no matter where I am, I am the other and I have learned to love myself that way.